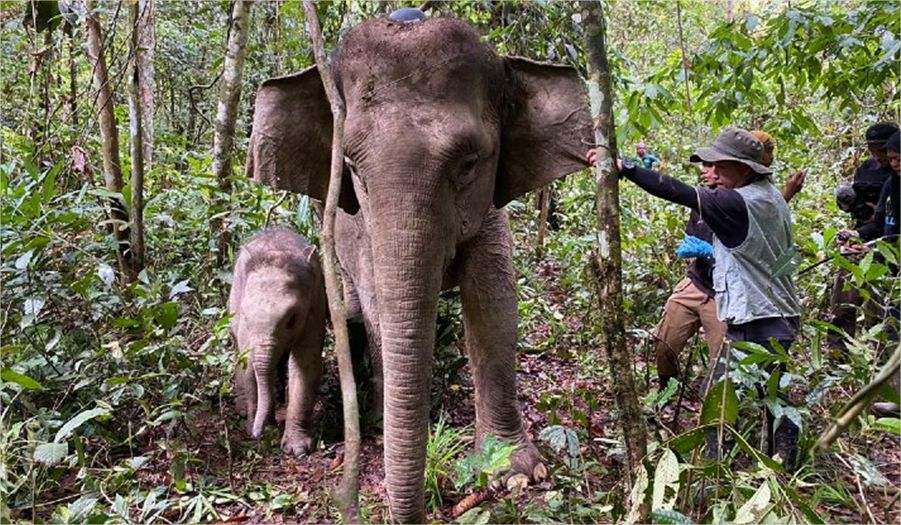 Several elephants have now been fitted with tracking devices in Sabah, Borneo.  It can take up to several days to follow and track the elephant until they are in the proper situation for safely darting a tranquillizer.  Usually, the standing tranquillization is implemented without issues and less than an hour is needed for rapid collar fitting, followed by a few hours of recovery from the drug.  These devices are fitted on the matriarch elephant so as to monitor the movement of the entire herd and they can also be fitted on individual males to determine  their feeding locations. These tracking devices enable scientists and the Sabah Wildlife Department to determine the elephant’s movement to help find solutions for their disrupted migration routes (due to habitat loss) and potential dangers from human-elephant conflict.  They cannot however stop the real-time poaching of the endangered Bornean elephants.

Often herds are seen feeding in oil palm plantations for weeks at a time as their natural feeding ground has been converted for agriculture.

Local data gathered by Hutan and Danau Girang Field Center shows that the network of protected land is too small and fragmented to sustain the herd of elephants in the Kinabatangan area.  These elephants must cross unprotected areas during movement while searching for food.  Collaring allows for data to be collected to see which plantations are favored by the elephants at any specific time for feeding.  It is then necessary to work with the plantation owners in hopes that they are willing to share their land with the elephants.  However, that is not always the case.

In February 2020, two elephants were fitted with tracking collars; one was a male called Vina and the other was a female mother called Diana. Just 9 months later in November 2020, Diana was found dead. All signs pointed to an apparent poisoning and she had died within the last 24 hours of being discovered. Days later a baby, believed to be hers, was found wondering alone in the same plantation.  Sabah Wildlife Department Director, Augustine Tuuga, stated that poisoning was likely the cause of Diana’s death and that a toxicology analysis was underway.  The 2-year-old adolescent is named Fernando and is still being cared for at Lok Kawi Wildlife Park.  Chances are if he is not released back into his herd soon, he will remain in human care for the duration of his life.

The Bornean elephants are under severe threat of extinction and it is imperative for their survival that we work with individuals and convince them to tolerate and coexist peacefully with these ancient animals for the sake of their existence, for future generations to enjoy and for the biodiversity of Sabah, Borneo. 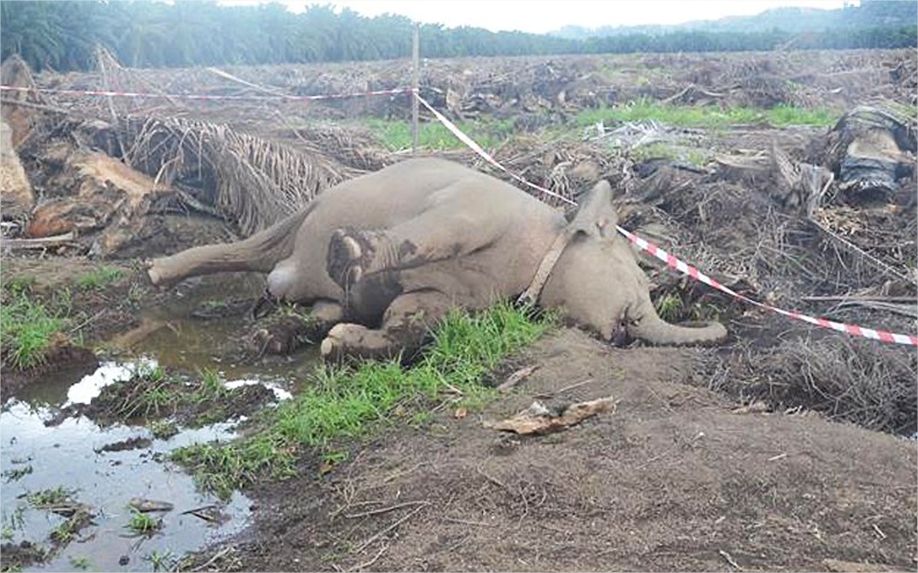